For those interested in making new garb in keeping with the theme of the Holy City event in February, here are some links to get you started. This will more than likely be updated so check back from time to time…

These links to the pan-Islamic style of tunic, pants and wrap provides everything you need to create a basic outfit and elaborate it to whatever state desired.

Stepping Out: Headwear and mantles in Egyptian and western Arabic dress in the fifth to seventh centuries after the Hijra (late 10th to thirteenth centuries c.e.) by Timothy Dawson.

Method for tying a turban, video by Timothy Dawson.

Turkish clothing, from the 12th century CE on. 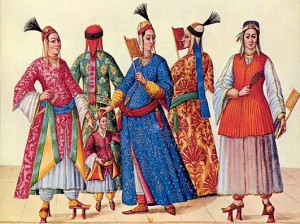 Mongol garb (a lot of this is quite old, so if anyone knows of more current links I would love to know about them). 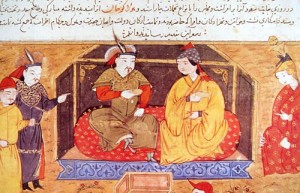 The Red Kaganate – many links on Mongol clothing including some patterns.

Archived copy of Mongolian Clothing for Men and Women by Linda Krecker-Schkred (this is a link to the Wayback machine, so you may need to refresh this or reload it if it comes up with the message “Oops, something went wrong”).

Making Mongolian Garb – chiefly useful for the links at the bottom.

A compilation of garb links from many times and places within our period, by Miriam bat Shimeon.