The Canton of Lightwood

Medieval Recreation in the Huon Valley
Who Are We Newcomers

We’re the local, Huon Valley branch of a world-wide medieval reenactment club.  We’re part of a Barony (Tasmania) inside a Kingdom (Australia and NZ) that’s one of twenty Kingdoms all round the world.  On weekdays we’re normal folks: parents and kids, retirees and employees and business owners, just like you.  And on weekends… we make history!

The Canton has archery, tournaments and feasts.  We make things, we dress up in awesome clothes and we have fun.  Often, we eat really really well.  And we invite newcomers to join us!

The Canton welcomes anyone who wants to come along and join in our activities.  We charge a flat $10 per event ($5 for kids) on top of our standard prices for non-members, after which you can take part in our activities: feasting, archery, boffer sword fighting, chatting and relaxing.  Check our news feed and our Facebook group, and get in touch. 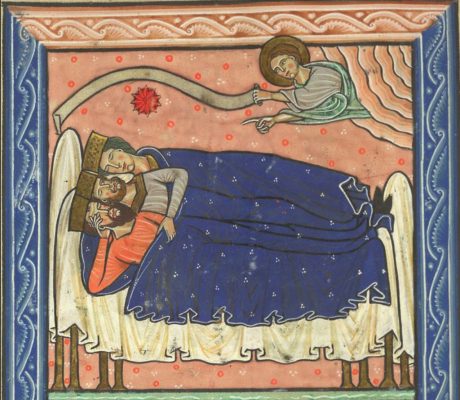 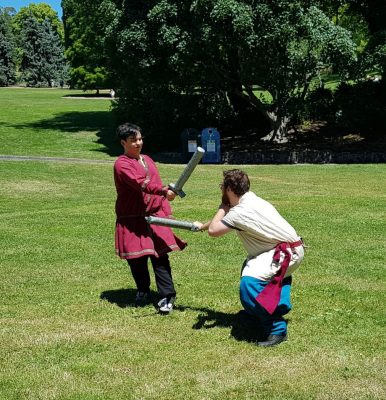 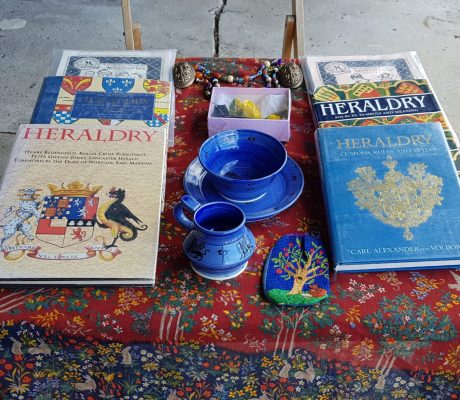 Not An Event: The Future Of The Past

More "Not An Event: The Future Of The Past" 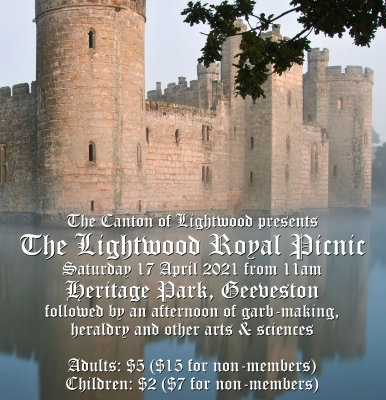 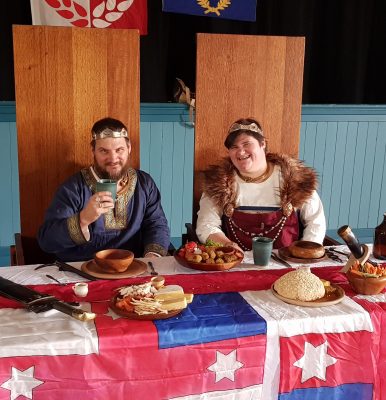 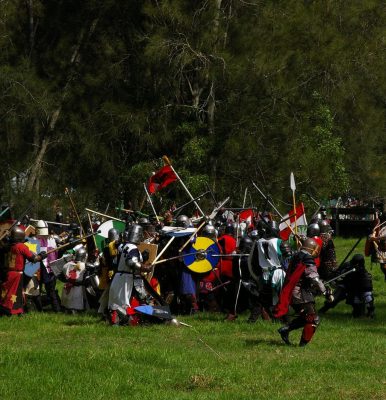 So I Booked For The Feast… Now What?

More "So I Booked For The Feast… Now What?" 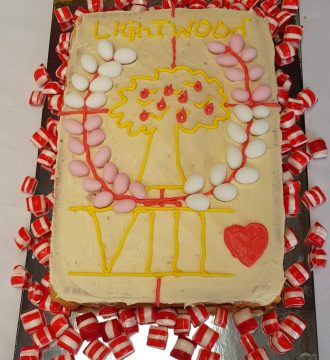 The Eighth Birthday and a Temporary Farewell

More "The Eighth Birthday and a Temporary Farewell" 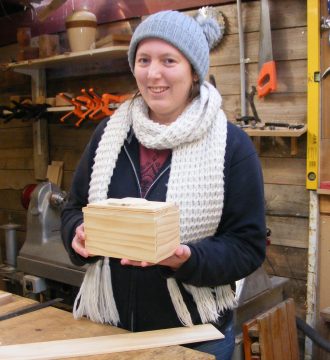 Lightwood is having some time off…
More "Hibernation Time!" 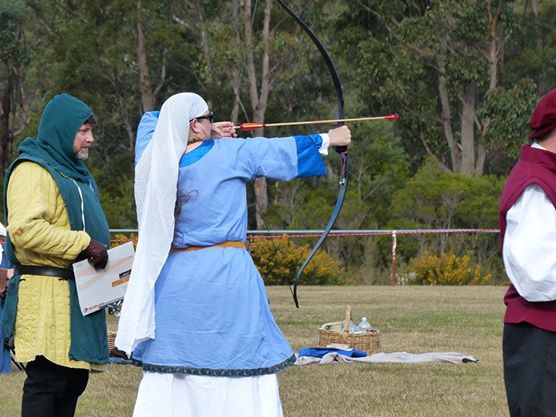 Lightwood will be celebrating its birthday a little late this year.
More "Lightwood’s Eighth Birthday – 30 November" 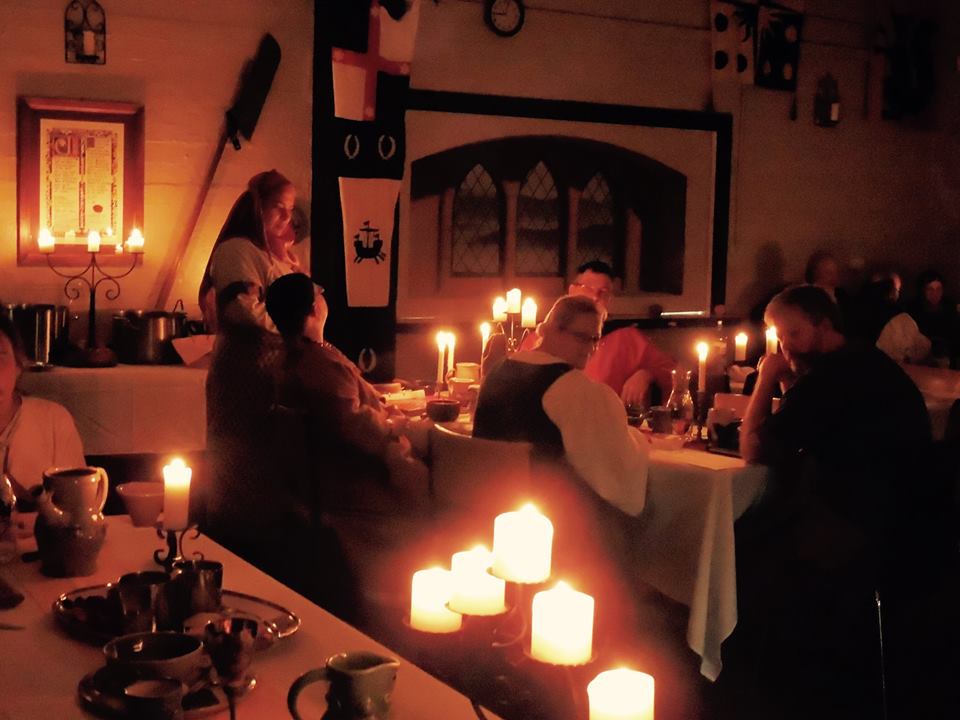 So You Want To Join The SCA…

The SCA is a world-wide organisation with a slightly strange membership tradition. If you want to come along to Lightwood activities, here’s what you need to know.
More "So You Want To Join The SCA…" 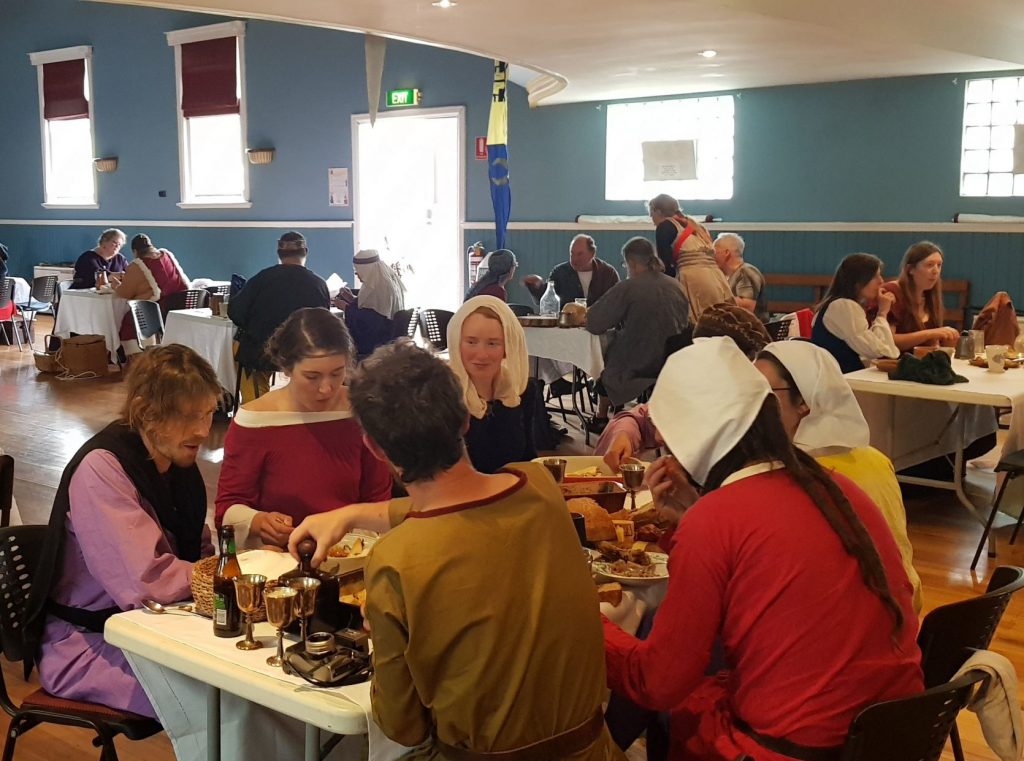 We are a group of people who are interested in historical re-enactment, specifically the period of history before the year 1600. We are part of the Society for Creative Anachronism (SCA), a worldwide medieval re-enactment organisation. In the SCA, we learn and practice the arts, skills and pastimes of pre-17th century life, from needlework and costuming to blacksmithing and armouring, calligraphy and illumination to herbalism and gardening. We dress in the clothing of the Middle Ages and Renaissance (or earlier) to experience the pageantry of tournaments, courts, feasts, and dancing. The unofficial motto of the SCA is “the Middle Ages as they should have been” – we seek to recreate the best of the past, without serfdom and slavery, the bubonic plague and pre-modern medical treatment, discrimination on the basis of race, gender or religion, and similar evils. 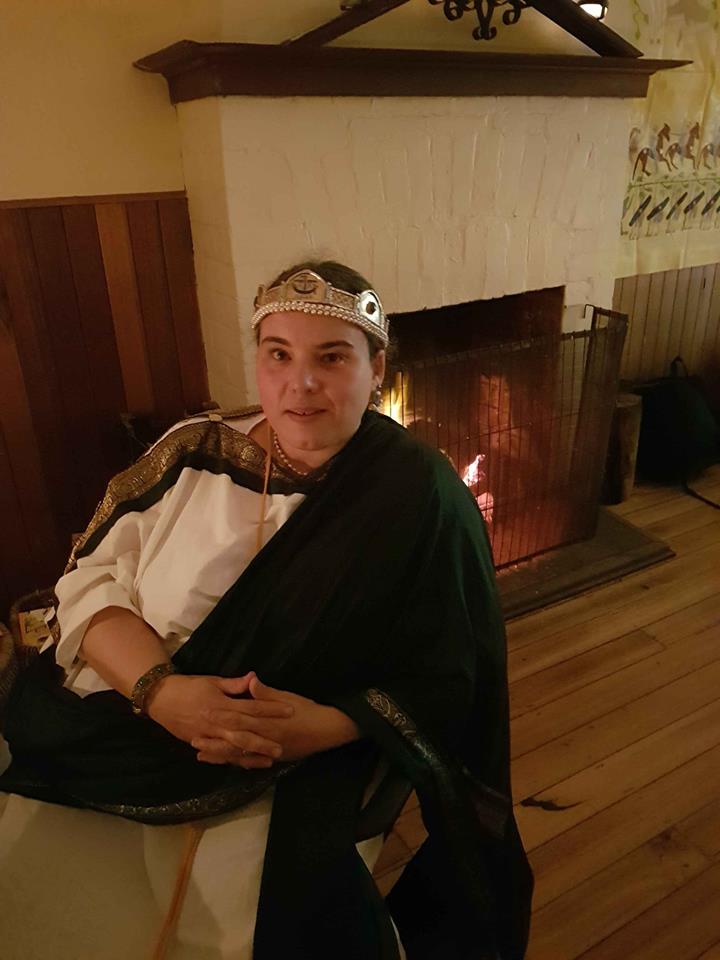 The Canton of Lightwood covers all of the postcodes in the Huon Valley, and is a subgroup of the Barony of Ynys Fawr, which extends to all of Tasmania and Australia’s Antarctic territories. Ynys Fawr is part of the Kingdom of Lochac, which covers all of Australia, New Zealand and their Antarctic territories. In 2017, Lochac also became the parent Kingdom of the Shire of Grand Cathay, near Nanjing, China.

Membership is not compulsory to attend Lightwood events and meetings, but there are lots of benefits to signing up. 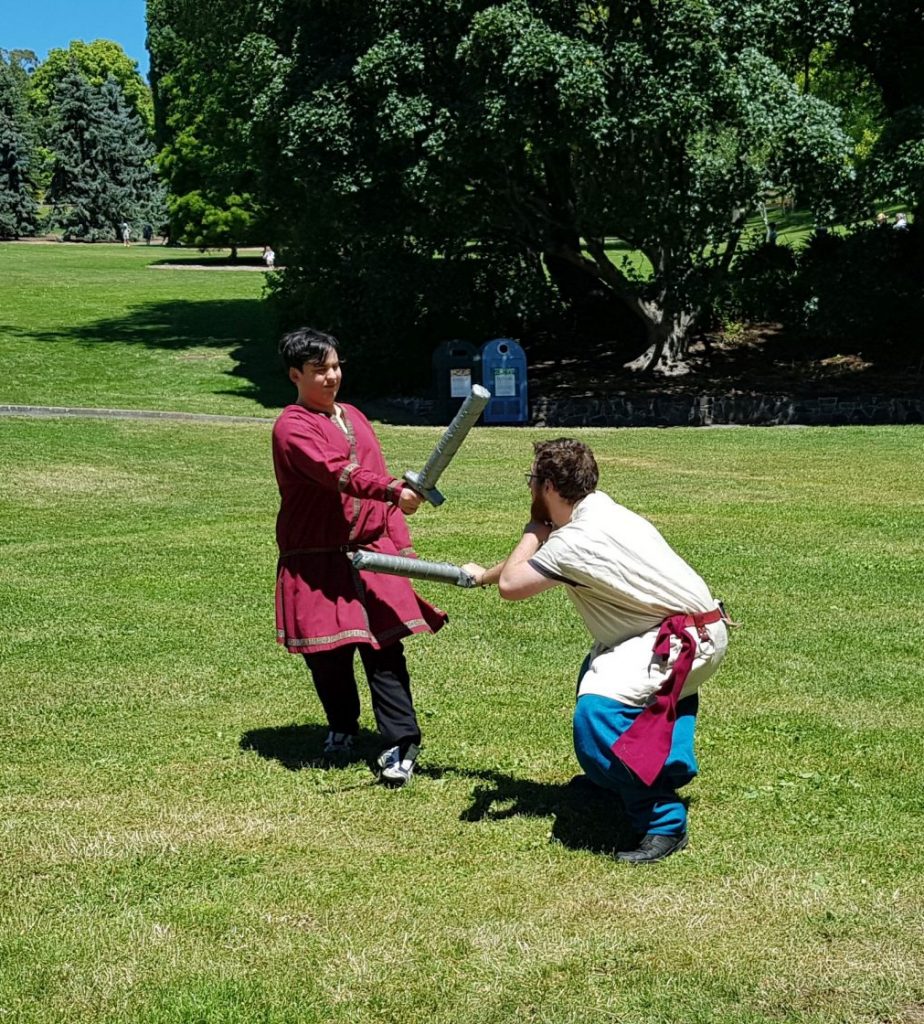 For more information about how to get involved in Lightwood, start with our newcomers’ page and our Facebook group.

Information about our regular meetings and upcoming events can be found on this website.

Our officers are all volunteers. The first contact for newcomers is the Hospitaller, and for administrative matters is the Seneschal (the SCA equivalent of a club President).

Lightwood was started in Geeveston in 2011. To find out what we’re up to more recently, here is our news feed.